The City of Yangon 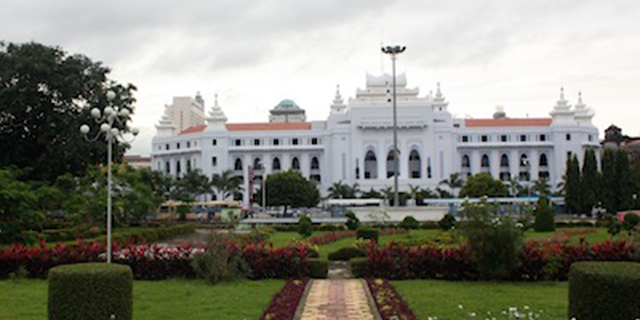 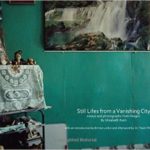 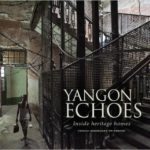 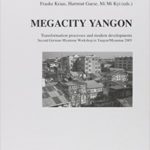 Yangon Echoes welcomes readers behind the façades of heritage buildings to offer intimate views on life in the cosmopolitan city formerly known as Rangoon, Burma. An unprecedented work of oral history, Yangon Echoes is a rich anthology of fascinating life stories exploring notions and values of heritage and home. This popular history of buildings charts social space and urban folklore, linking past to present via living memories. The storytellers speak of joy and tragedy, simple pleasures and aching issues, candidly sharing their thoughts and feelings of living through Yangon’s emergence from decades of stagnation to engagement with a rapidly spinning world. Told with courage and charm, these informal stories record everyday life through domestic connections to old places.

30 Heritage Buildings of Yangon: Inside the City that Captured Time
Association of Myanmar Architects 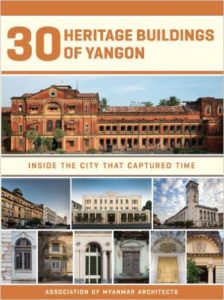 The modern history of Yangon can be traced through its colonial-era architecture. From the monumental former Reserve Bank of India, which records every step of the country’s fiscal history, to the now derelict Pegu Club, which was once the favoured watering hole for officers of the British colonial government, each building has a story to tell. The buildings have survived war, natural disaster, and numerous changes of ownership. Many have been repurposed over the years. Today, the biggest threat to these buildings is neglect and lack of protection. In recent years they have become increasingly vulnerable. In 2005, when the government moved to the new capital of Naypyidaw, it abandoned many of its ministerial offices or left them only partially in use. Many were also badly damaged during Cyclone Nargis in 2008. As the country opens up to new investment and tourism, the buildings are in danger of falling prey to property developers as most occupy prime plots of land in the city centre. This book focuses on a selection of 30 key buildings and examines their past, present, and future. Piecing together the often forgotten social history of each building has involved delving into out-of-print books, company records, old city directories, newspaper archives, and people s memories. Published in both Burmese and English language editions, this book aims to contribute to the collective conversation about the social and economic potential of Yangon s colonial-era heritage in the hopes that the city s architectural past can become a vibrant and sustainable part of its future.
More Information

Still Lifes from a Vanishing City: essays and photographs from Yangon
Elizabeth Rush

In 2010, the tectonic plates beneath the junta-controlled Myanmar started to shift. As the military regime began to loosen its reigns on power it auctioned off 80% of the country’s state-owned assets and earmarked hundreds of buildings in downtown Yangon for demolition and redevelopment. This opaque but surely profitable fire sale would profoundly reshape the country’s economic landscape and the lives of those who had long called the former colonial capital of Yangon home.

Elizabeth Rush, a westerner who has been reporting on South East Asia for years, made good use of strange days just before Myanmar’s awakening to venture into the lost world of downtown Yangon, but it was not the large edifices of Empire that attracted her attention. Rather, she focused on the shop houses and private residences that line the alleyways and it is here, in these forgotten and secluded spaces, that the city’s real secrets have been kept. After all, it was not – in the bad old days of the Burmese regime – just those who were overtly political who had to succumb to the silence. In a world where anyone accused or perceived of being on the wrong side of the regime could end up in prison with no legal recourse, people turned inwards by necessity. Only behind closed doors was it safe to indulge in private obsessions and the day-to-day worries of making ends meet. Still Lifes from a Vanishing City celebrates and preserves the interior lives diligently maintained despite the dictatorship’s powerfully effacing reach. 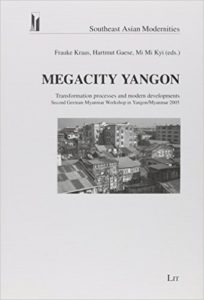 Megacities are new urban phenomena, results of globalisation and subject to as well as motors of global ecological, socio-economic, and political change. New are the dimensions of growth, concentrations of population, infrastructure, economic power and decisions – and the simultaneous, self-energising acceleration processes of development. But one must be wary of generalised statements since differences of economic performance, social coherence, infrastructure conditions and governance structures should not be ignored: The publication aims at analysing current transformation processes of Yangon/Myanmar, as spearhead of national development, bridge to Southeast Asia and the world.
More Information