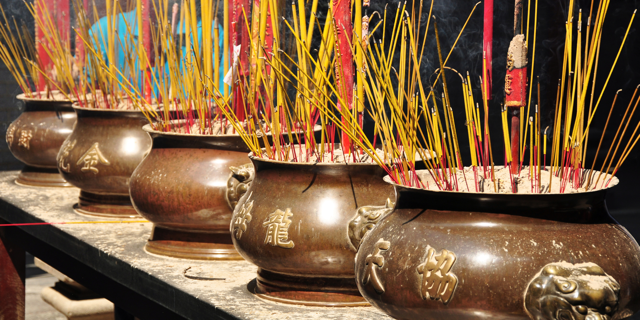 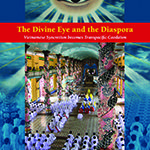 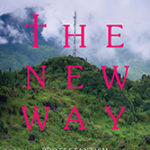 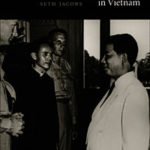 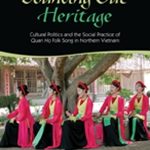 The New Way: Protestantism and the Hmong in Vietnam
Tam T.T. Ngo 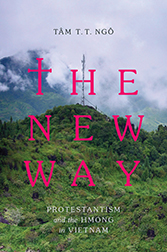 In the mid-1980s, a radio program with a compelling spiritual message was accidentally received by listeners in Vietnam’s remote northern highlands. The Protestant evangelical communication had been created in the Hmong language by the Far East Broadcasting Company specifically for war refugees in Laos. The Vietnamese Hmong related the content to their traditional expectation of salvation by a Hmong messiah-king who would lead them out of subjugation, and they appropriated the evangelical message for themselves. 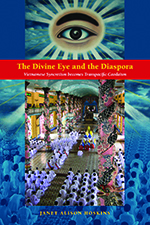 What is the relationship between syncretism and diaspora? Caodaism is a large but almost unknown new religion that provides answers to this question. Born in Vietnam during the struggles of decolonization, shattered and spatially dispersed by cold war conflicts, it is now reshaping the goals of its four million followers. Colorful and strikingly eclectic, its “outrageous syncretism” incorporates Chinese, Buddhist, and Western religions as well as world figures like Victor Hugo, Jeanne d’Arc, Vladimir Lenin, and (in the USA) Joseph Smith, the founder of Mormonism.

The book looks at the connections between “the age of revelations” (1925-1934) in French Indochina and the “age of diaspora” (1975-present) when many Caodai leaders and followers went into exile. Structured in paired biographies to trace relations between masters and disciples, now separated by oceans, it focuses on five members of the founding generation and their followers or descendants in California, showing the continuing obligation to honor those who forged the initial vision to “bring the gods of the East and West together.” Diasporic congregations in California have interacted with New Age ideas and stereotypes of a “Walt Disney fantasia of the East,” at the same time that temples in Vietnam have re-opened their doors after decades of severe restrictions.Caodaism forces us to reconsider how anthropologists study religious mixtures in postcolonial settings. Its dynamics challenge the unconscious Eurocentrism of our notions of how religions are bounded and conceptualized. 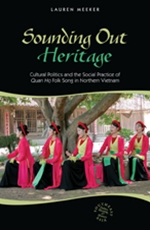 Sounding Out Heritage explores the cultural politics that have shaped the recent history and practice of a unique style of folk song that originated in Bắc Ninh province, northern Vietnam. The book delves into the rich and complicated history of quan họ, showing the changes it has undergone over the last sixty years as it moved from village practice onto the professional stage. Interweaving an examination of folk music, cultural nationalism, and cultural heritage with an in-depth ethnographic account of the changing social practice of quan ho folk song, author Lauren Meeker presents a vivid and historically contextualized picture of the quan họ “soundscape.” Village practitioners, ordinary people who love to sing quan họ, must now negotiate increased attention from those outside the village and their own designation as “living treasures.” Professional singers, with their different performance styles and representational practices, have been incorporated into the quan họ soundscape in an effort to highlight and popularize the culture of Bắc Ninh province in the national context.

With its focus on the politics of rescuing, preserving, and performing folk music, this book makes a timely contribution to studies of cultural politics by showing with considerable nuance how a tradition can become a self-conscious heritage and national icon. In 2009, Quan Họ Bắc Ninh Folk Songs was inscribed on UNESCO’s Representative List of the Intangible Cultural Heritage of Humanity. Defining and reframing quan họ as cultural heritage has further complicated the relationship between village and professional quan họ and raises crucial issues about who has the authority to speak for quan họ in the international context. Sounding Out Heritage offers an in-depth account of the impact of cultural politics on the lives and practices of quan họ folk singers in Vietnam and shows compellingly how a tradition can mean many things to many people. 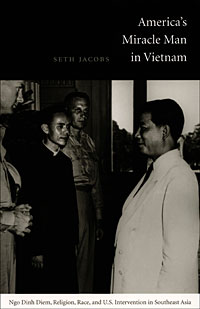 America’s Miracle Man in Vietnam rethinks the motivations behind one of the most ruinous foreign-policy decisions of the postwar era: America’s commitment to preserve an independent South Vietnam under the premiership of Ngo Dinh Diem. The so-called Diem experiment is usually ascribed to U.S. anticommunism and an absence of other candidates for South Vietnam’s highest office. Challenging those explanations, Seth Jacobs utilizes religion and race as categories of analysis to argue that the alliance with Diem cannot be understood apart from America’s mid-century religious revival and policymakers’ perceptions of Asians. Jacobs contends that Diem’s Catholicism and the extent to which he violated American notions of “Oriental” passivity and moral laxity made him a more attractive ally to Washington than many non-Christian South Vietnamese with greater administrative experience and popular support.A diplomatic and cultural history, America’s Miracle Man in Vietnam draws on government archives, presidential libraries, private papers, novels, newspapers, magazines, movies, and television and radio broadcasts. Jacobs shows in detail how, in the 1950s, U.S. policymakers conceived of Cold War anticommunism as a crusade in which Americans needed to combine with fellow Judeo-Christians against an adversary dangerous as much for its atheism as for its military might. He describes how racist assumptions that Asians were culturally unready for democratic self-government predisposed Americans to excuse Diem’s dictatorship as necessary in “the Orient.” By focusing attention on the role of American religious and racial ideologies, Jacobs makes a crucial contribution to our understanding of the disastrous commitment of the United States to “sink or swim with Ngo Dinh Diem.”