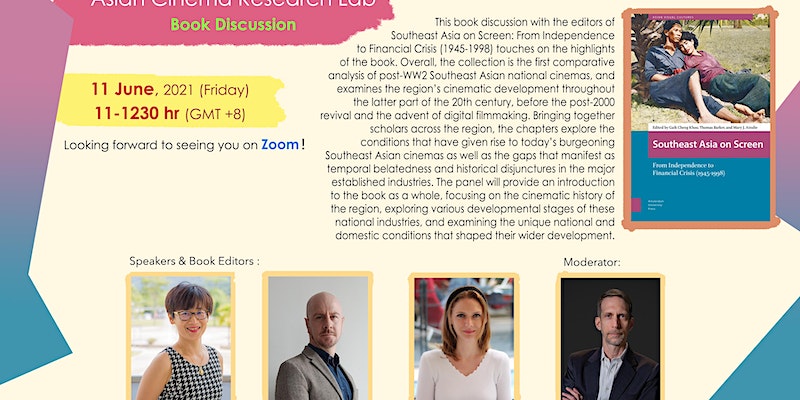 This book discussion with the editors of “Southeast Asia on Screen: From Independence to Financial Crisis (1945-1998)” touches on the highlights of the book. Overall, the collection is the first comparative analysis of post-WW2 Southeast Asian national cinemas, and examines the region’s cinematic development throughout the latter part of the 20th century, before the post-2000 revival and the advent of digital filmmaking. Bringing together scholars across the region, the chapters explore the conditions that have given rise to today’s burgeoning Southeast Asian cinemas as well as the gaps that manifest as temporal belatedness and historical disjunctures in the major established industries. The panel will provide an introduction to the book as a whole, focusing on the cinematic history of the region, exploring various developmental stages of these national industries, and examining the unique national and domestic conditions that shaped their wider development.