Recent and Planned Releases of Indonesian Extremists: An Update 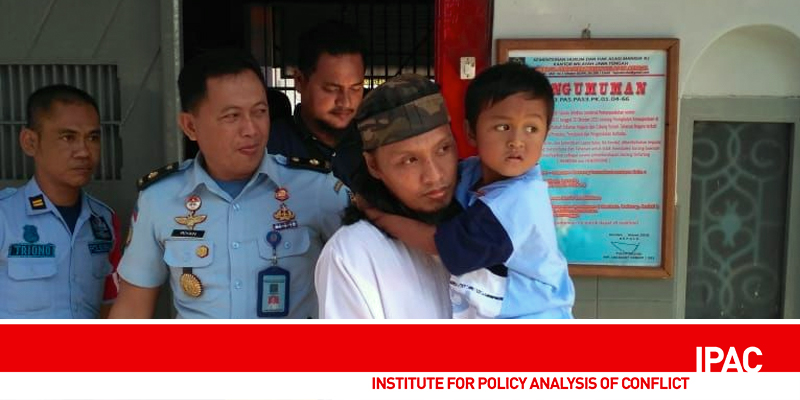 Release of Joko Jihad, greeted by his children, July 2018. Photo courtesy of IPAC.

(Jakarta, 10 August 2018) Indonesia is facing an infrastructure crunch with unprecedented numbers of terrorist suspects arrested under a newly strengthened anti-terrorism law and not enough maximum security facilities ready to hold them.  In the past, regular releases of convicted terrorists have kept the prison population manageable, but the rate of releases will slow, and many in the new intake will likely receive heavier sentences under the new law, keeping them in for longer periods.

These are among the findings of the latest report from the Institute for Policy Analysis of Conflict (IPAC), “Recent and Planned Releases of Indonesian Extremists: An Update.” The report looks at 144 prisoners, 70 released between January 2017 and August 2018 and the rest scheduled for release before December 2019.