IPAC Report 45: The 2018 Local Elections in Papua: Places and Issues to Watch

With all of the attention to the spate of terrorist attacks earlier this month, the fact that local elections are to take place on 27 June in 171 provinces and districts in Indonesia has almost disappeared from the news. Our latest report looks at some of the races in Papua province and suggests a few policy interventions that could greatly improve the electoral process and reduce fraud. The most important remains getting an accurate headcount of the Papuan population.

We have several more reports in the pipeline — next one out will be on Indonesian policy toward the Rohingya crisis and another on how Indonesian extremists have adapted to restrictions on social media. 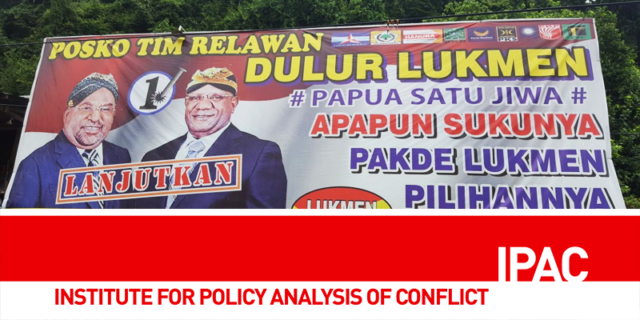 (Jakarta, 31 May 2018) Local elections scheduled for 27 June 2018 across Indonesia include several races in Papua, including for governor and deputy governor, that have raised concerns about possible conflict. While small outbreaks of localised violence may take place, it is still extraordinary how much aggrieved Papuans still choose to settle most of their electoral disputes through the formal court system, weak and corrupt as it is.

The 2018 Local Elections in Papua: Places and Issues to Watch, the latest report from the Institute for Policy Analysis of Conflict (IPAC), examines the provincial race for governor and several of seven districts (kabupaten) where contenders are vying for the top two executive posts of bupati and deputy bupati. In three of the districts, a fractious verification process produced a single candidate slate with no opposition, but this is hardly a sign of democratic progress.

Prev post: Ramayana: The Abduction of Sita in the News

Next post: An Interview with Prof. Leonard Andaya on the Study of Water and Rivers