Virtual Mini-Symposium. Press Freedom and the Pandemic in Duterte’s Philippines: Views from the Ground Up 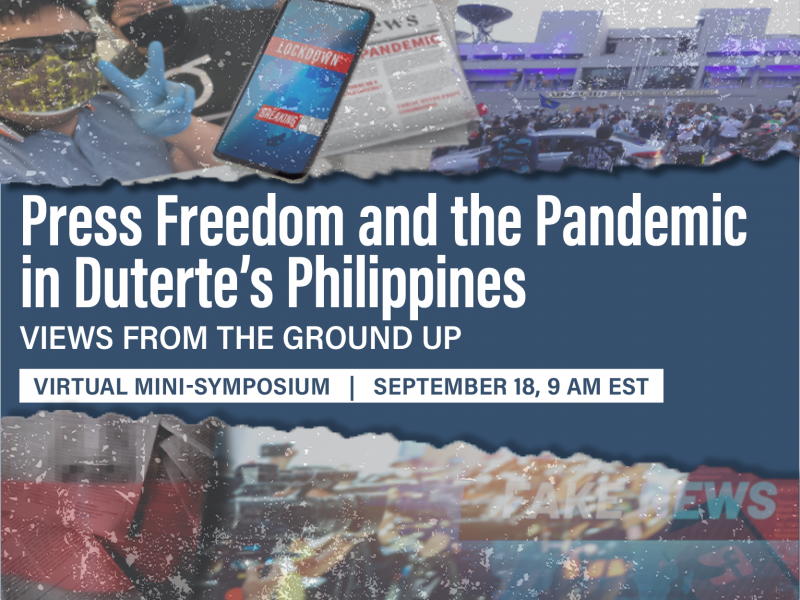 This virtual roundtable discussion seeks to make sense of the many overlaps from the ground up between the state of press freedom in the Philippines and the ongoing efforts of the Duterte administration to control the pandemic. Philippine-based resource speakers will get together in what promises to be a multifocal discussion on the social and legal circumstances informing a country’s response to a global health crisis.

Inday Espina-Varona, award-winning journalist, former chair of the National Union of Journalists of the Philippines, and former Knight International Fellow at Stanford University.

Carlos Conde, former journalist and researcher of Human Rights Watch, former Jefferson Fellow at the East-West Center of the University Hawaii, and former fellow at the Philippine Center for Investigative Journalism and Center for Media Freedom and Responsibility.